There is good news for the all stakeholders of the real estate Industry. India has improved its position by 5 places to take up 35th spot in the global real estate transparency index in comparison to its 40th position in the 2014 global real estate transparency index. Thanks to the legislations of the Indian Government. From prices to ownership, the transparency and openness are increasing at every vertical of real estate. Now customers can know what they are paying for! According to RERA guidelines, they can know the exact space of the property they buy. As realty sector was going through a roller coaster ride, something was required to promote efficiency, transparency, financial discipline and accountability. 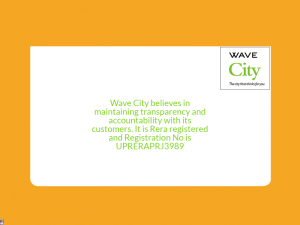 Many industry experts also said that India has surfaced as one of the top ten nations to register maximum advancement in clarity and transparency in the real estate sector over the last two years. India’s transparency gains also benefit the country in the form of increased volumes of the international fund. More improved market fundamentals, infrastructure status to affordable housing, FDI into the realty sector and more access to information in the general public domain were main factors which boosts India’s ranking in the GRETI.

Private equity (PE) investments into the real estate sector are one of the most reliable pointers of the belief of the investor community, and the belief and trust are directly proportional with the transparency of the property markets and in the steps which further enhance transparency. PE investment in Indian realty has grown in every following year from $2.2 billion in 2014 to $6.3 billion in 2017. In the year 2018 too, industry thinkers expect considerable investment activity that will further demonstrate the improving clarity and transparency of India in property markets.

The global real estate transparency index (GRETI) measures transparency by studying factors including availability of data by its authenticity or genuineness and accuracy, how public agencies govern real estate matters. The smoothness of transaction processes and the costs associated with those transactions and in the end the regulatory and legal environment.

Comparison with Other Nations

If we make a comparison to similar market sized nations that are also existed in the same group with India, our country’s rise is unparalleled by its peers. If we talk about BRICS nations both China & South Africa retained their previous ranks 33rd and 21st respectively as in 2016 GRETI assessment, Brazil shifted to 37th and Russia remained confined to 38th rank.

As per insights are given in this Global Realty Survey, the UK tops the position immediately followed by Australia & the US. Venezuela ranks 100th, the least transparent market in the global village. Countries like Canada, France, New Zealand, Netherlands, Germany, Sweden and Ireland are in the top 10 of the list.

In the light of the constructive initiatives of the Government, India is expected to improve its position in the next survey of global real estate transparency index (GRETI) which is going to be held in 2020. However, constructive initiatives are required persistently; so that the best talents are encourage making a career in the realty sector. The application of sophisticated technology will add more transparency to the sector.

The enhanced transparency and openness give a boost to positive sentiment in the real estate market. Leverage the opportunity and book your space in Wave City at competitive market rate.